In June 2012 the Danish Parliament passed legislation with the objective of creating a new mediation and complaints institution for responsible business behavior in Denmark. This new body will replace the old and much criticized National Contact Point for the OECD Guidelines (NCP). This week the Danish government announced the establishment of the new mechanism, which will consist of an independent body with 5 members, headed by Mads Øvlisen, former head of the Danish Council for CSR and former CEO of Novo Nordisk. The other expert members have a diverse business, labour, NGO and academic background.

OECD Watch welcomes the new mechanism, in particular because its mandate includes investigation by own initiative, and a mandate to make a determination regarding breaches of the OECD MNE Guidelines. Mediation between parties can take place if both parties agree on it. However, if either party does not accept mediation, the institution has the mandate to investigate the facts of the case and issue a statement about whether the OECD Guidelines have been breached. The NCP also has the mandate to make recommendations to the parties involved to ensure compliance with the Guidelines. In case of serious violations the complaint and grievance mechanism has the mandate to skip mediation and go straight to investigation and subsequently issue a statement on the case. Finally complaints can also be filed against public authorities and investors in breach of the OECD Guidelines.

The new mechanism is an important step forward in ensuring that the OECD Guidelines are implemented, and companies that fail to observe them can be held to account. A shortcoming, in particular in relation to for example the Norwegian NCP,  is that the secretariat of the new institution will be placed under the Danish Business Authority, thus questions regarding potential conflict of interests remain. While the new mechanism has a stronger mandate than many other NCPs, the instrument still falls far short of an effective ‘ombudsman’ type body with the powers to investigate, remedy and where necessary sanction companies breaching the rights of individuals, workers and communities. 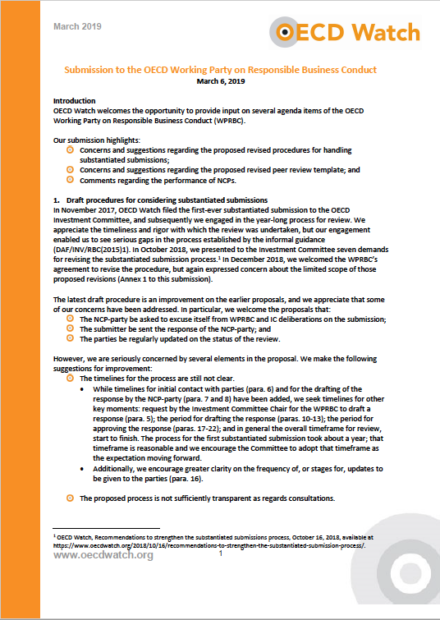 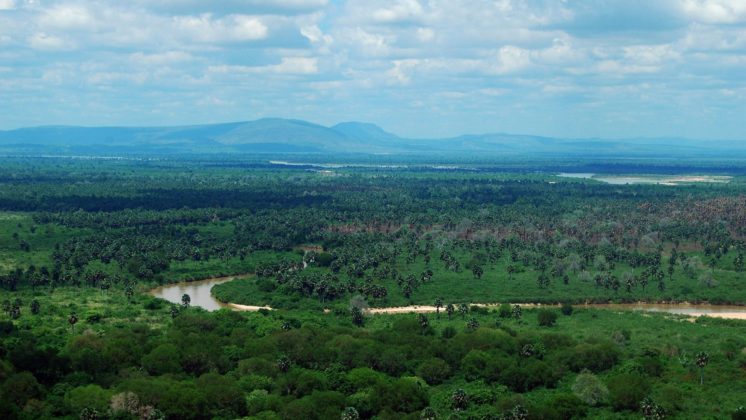 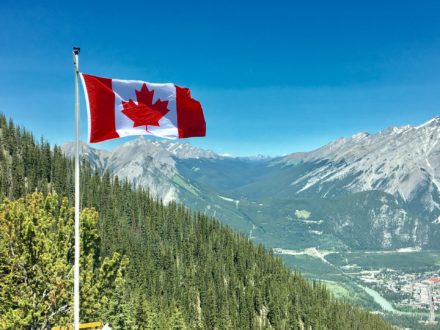 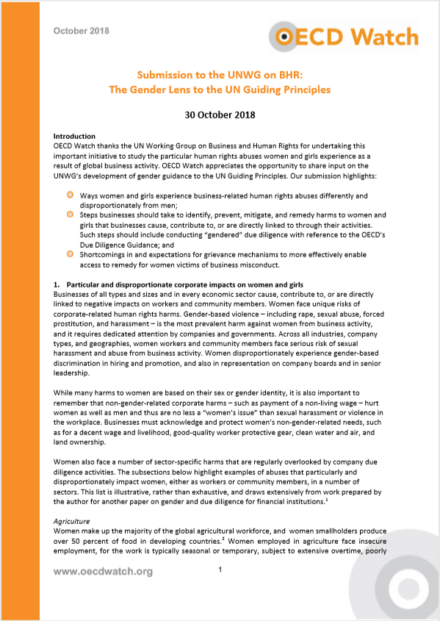 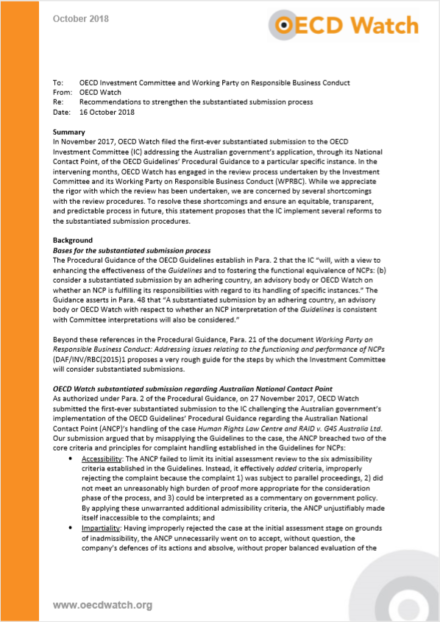 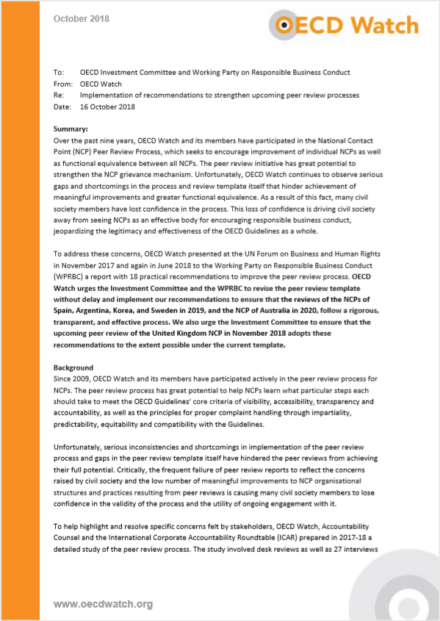