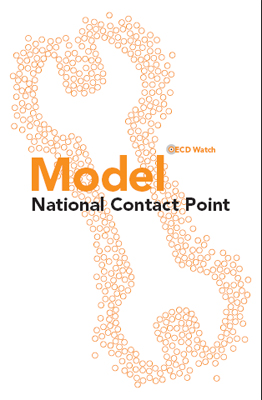 According to a new OECD Watch survey, without improvements OECD Guidelines will be meaningless.

The Model NCP contains proposals and recommendations to improve and harmonise the functioning of the National Contact Points. Proposals range from principles such as the independence of the NCP and equal treatment of parties to detailed recommendations towards better handling of complaints. Although the survey largely focuses on the EU, the problems identified are prevalent throughout OECD and adhering countries.

“Governments seem to have forgotten that they have an obligation to prevent and punish irresponsible behaviour by their companies, especially when such behaviour leads to human rights violations. Whether companies are active in Burma, Baghdad or Bolivia, governments need to take reasonable steps to curb corporate abuses”, said Patricia Feeney of OECD Watch.

One of the few corporate accountability mechanisms currently available is the OECD Guidelines, which are intended to govern corporate conduct at home and abroad. “Complaints about abuse are handled by government officials – National Contact Points – but in practice many are too close to companies to act as credible arbiters of corporate conduct”, said Joris Oldenziel, OECD Watch spokesperson.

When, in 2001, concerns were raised about the activities of French companies in Burma, the French National Contact Point failed to criticise the companies involved and ignored calls for disinvestment.

OECD Watch calls on governments, the OECD and the European Commission to adopt the recommendations contained in the Model National Contact Point, which would increase the effectiveness and credibility of the Guidelines as a tool for ensuring responsible corporate behaviour. If no significant improvement are made in the next year, the Guidelines will become meaningless.