One new OECD complaint has been filed by NGOs since June 2009. Wake Up and Fights for Your Rights, Madudu Group, supported by FIAN, lodges complaint against Neumann Kaffee Gruppe with the German NCP regarding forced evictions in Uganda. Two OECD complaints have been closed. The Australian NCP has issued a final statement in Cerrejón Coal case against BHP-Billiton, Anglo-American, and Xstrata. An agreement has been reached with one local community, however, the issues at five other communities remain unresolved. The Dutch NCP has closed the Shell Pandacan case in the Philippines without a mediated resolution. The detailed final statement upholds the claim that Shell has violated OECD Guidelines’ clause on disclosure of non-financial information but dismisses the two other claims made by the complainents. Final statements are expected soon in the BTC case. 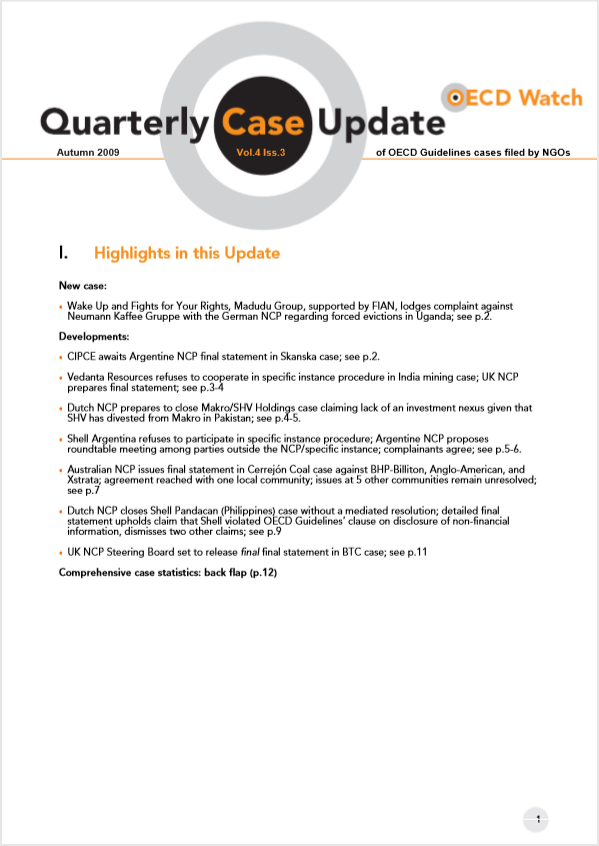