The Organisation for Economic Cooperation and Development (OECD) published the accession roadmap for Brazil and five other countries today, establishing a blueprint for strong requirements to protect the environment, human rights defenders, and Indigenous peoples. FIDH and its member organisations in Brazil Justiça Global and Movimento Nacional de Direitos Humanos , OECD Watch, and Conectas are pleased with the roadmap, which – if properly implemented – could push Brazil to change its environmental and human rights policies for the better.

The highly anticipated roadmap sets the targets and goals for Brazil in its quest for OECD membership. It must not only demonstrate its commitment to the OECD’s standards on paper, but also compliance of its practices and those of businesses in Brazil on issues of key concern for civil society. While this is just the start of a long accession process, the roadmap is an ambitious step in the right direction as it encourages OECD committees, member states, and Brazil to put the protection of the environment and respect for human rights at the core of the process. This accession roadmap, which has a more principled approach than the OECD’s previous ones, means that the accession processes could be leveraged for the improvement of national policies and practices.

Attention will now be drawn particularly to those countries that appear most aligned with the OECD’s standards. Nonetheless, as things stand, Brazil has major governance gaps and is not aligned with OECD standards; the country has not demonstrated commitment to the OECD’s values on the rule of law, protection of human rights, and environmental sustainability. As our research has recently shown, Brazil must make significant changes to ensure that protection of the environment and human rights is guaranteed. While Brazil has adhered to 103 out of 251 of the OECD’s normative instruments, the principles and standards in those instruments must now be implemented by the Brazilian government.

Echoing civil society concerns, some of the roadmap’s requirements for countries seeking OECD membership include:

The ball is now in the OECD committees’ courts. It is expected that over 20 OECD committees will be involved in a technical review and providing a formal opinion on Brazil’s fitness for membership to the OECD Council – the organisation’s overarching decision-making body. Their analysis should aim to uphold the highest standards of protection for human rights and the environment – and push Brazil to go further on the issues that have not been sufficiently addressed thus far, including measures on forced labour, rights of indigenous, quilombola communities and other traditional and rural communities, and connections to other international obligations. Whenever the roadmap wording has remained broad, OECD committees are expected to adopt a thorough understanding that ensures proper implementation of the highest international standards, interpreting any ambiguity under the pro persona principle.

It is essential that the committees’ review process be more transparent and inclusive; FIDH, Conectas, and OECD Watch urge the committees to open spaces for consultation and information sharing with all stakeholders throughout the accession process. 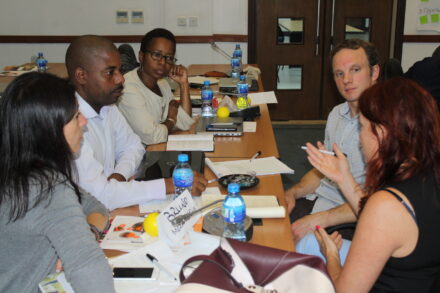 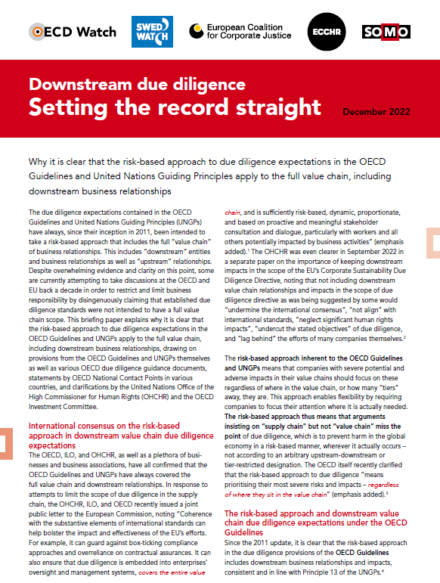