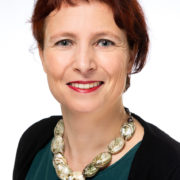 In 2018, STP lodged a complaint at OECD National Contact Point of Switzerland calling for banks to waive their business relations in future if human rights violations are committed at the site of a bank’s client. The complaint resulted in an agreement with a major bank for it to respect the principle of free prior and informed consent for indigenous people. STP also supports the Sami on the Fosen Penisula in Norway in their fight, including at the Norwegian and Swiss NCPs, against wind turbines that are to be built without their consent but would destroy a great part of their pasture.